Enrollment Shortfalls Spread to More CollegesBy Eric Kelderman MAY 20, 2019 A broad swath of private colleges across the Northeast and mid-Atlantic regions are expected to miss their enrollment goals for the fall semester. That growing trend now includes some institutions that have rarely, if ever, had to worry about filling classes.

Bucknell University, for example, expects that its freshman class this fall will be about 2 percent smaller than planned, or a total of roughly 960 students, said William T. Conley, its vice president for enrollment management.

That’s not a death sentence for the Pennsylvania institution, which admits just 30 percent of applicants. But it could be the proverbial canary in the coal mine for a segment of higher education that has, so far, been buffered by an abundance of students willing to pay a high price for an exclusive educational experience.

“I do get the sense that more than a handful of highly selective colleges missed their enrollment targets this year,” said Robert Massa, who still talks with enrollment professionals across the country after a 45-year career in financial aid and admissions. He retired from Drew University in February.

Ithaca College, which enrolls nearly 5,500 undergraduates, is larger and less selective than Bucknell, admitting about 70 percent of its undergraduate applicants. But the college, in upstate New York, will have some 175 fewer freshmen and $4.6 million less in tuition revenue than planned, said its president, Shirley M. Collado.

Several other college officials and higher-education consultants confirmed that they are seeing enrollment problems at numerous institutions.

The reasons for the enrollment shortfalls, said Massa and others, are complex and tied to several factors. Those include the declining number of high-school students across the regions, families’ increasing sensitivity to tuition and other costs, questions about the overall value of a college degree, and the ease with which students can apply to and consider multiple colleges.

Such forces have spurred a different kind of competition in higher education, in which students increasingly choose price over a preferred campus experience.

That means students and their parents are comparing one small, liberal-arts college not only with another but also with public colleges that may offer similar programs at a lower cost, Massa said.

The less difference parents see between the private colleges and the public ones, he said, the more likely they are to choose the less-expensive option.

The pressures that Bucknell and other colleges are experiencing have already taken a toll on a number of smaller and lesser known institutions in the Northeast. Many have been trapped in a vicious cycle, seeking to counter declining enrollment by increasing the amount of institutional aid that they provide.

On average, private colleges now discount tuition by more than 50 percent for freshmen, according to the latest annual figures in a report from the National Association of College and University Business Officers.

But there’s a limit to that business model. Even if they attract more students, most colleges are getting less tuition money, the report said. In the 2017-18 academic year, net tuition revenue from freshmen fell 3.6 percent compared with the previous year.

In some cases, the business model has broken down entirely. Since 2018, several colleges in New England have shut their doors or announced plans to close, including the College of St. Joseph and Green Mountain, Mount Ida, Newbury, and Southern Vermont Colleges.

Years of declining enrollment was one factor that pushed Hampshire College to undertake a drastic plan this year to slash the Massachusetts institution’s operating expenses, in part by not admitting a full freshman class for the fall.

Some colleges are now taking broad steps to prevent a crisis, if possible. At Ithaca, the enrollment slide has been a catalyst for change and a new strategic plan, said Collado, the college’s president since 2017.

“The dip, as unfortunate as it is, presents an opportunity for a strategic shift that faculty and staff can own in a significant way,” she said in an interview. The goals will be to make the college more affordable and increase the diversity of the student body, she said.

That will require new sources of money, she said, such as finding uses for the campus during traditional down times, providing more-affordable housing and dining options for students, and increasing the number of adult learners and community-college transfers.

Nanci Tessier, senior vice president at the Art & Science Group, a consulting firm, said it’s not yet clear which colleges will emerge from the current trend as winners or losers. But they should not expect to overcome the challenge just by spending more on financial aid or conducting better marketing.

“There’s a tendency for institutions to say, We will market our way out,” she said. “That’s tactical, but redesigning programmatic offerings is the harder and more essential work to do.”

Conley, the vice president for enrollment at Bucknell, said for now it appeared that inadequate spending on student aid could account for his university’s enrollment shortfall. Bucknell, where the full cost of attendance is nearly $70,000 a year, had a discount rate of about 31 percent and underspent its financial-aid budget by about $1.2 million.

“We got pinched by colleges with a higher discount rate.”

But its peer competitors, including Colgate University, Lafayette College, and Lehigh University, had an average discount rate of closer to 40 percent, he said. “We got pinched by colleges with a higher discount rate,” he said. “It would have cost us more than $3.5 million to compete with a stronger financial peer group.”

The declining pool of traditional-age college students in some parts of the country is also changing which colleges Bucknell and other institutions compete with.

In the past a typical Bucknell applicant would apply to seven private colleges and just two public ones, Conley said. Now that student is applying to a dozen or more colleges, and just half are private.

As a result, Bucknell’s biggest competitor for students has become Pennsylvania State University, Conley said. More surprising, he said, the University of Delaware is one of the top five competitors, probably because it has a more-affordable engineering program.

“It’s not just about students’ ability to pay, but their willingness to pay.”

Tessier agreed. “It’s not just about students’ ability to pay,” she said, “but their willingness to pay. A smaller population has greater choices.”

“The nature of competition has changed and continues to change,” she said. “It used to be that students looked in a ‘category,’ but not anymore. They look across categories.”

Eric Kelderman writes about money and accountability in higher education, including such areas as state policy, accreditation, and legal affairs. You can find him on Twitter @etkeld, or email him at eric.kelderman@chronicle.com.

According to the National Association for College Admission Counseling (NACAC) nearly 500 fabulous colleges and universities are still admitting qualified freshman and/or transfer students for fall 2019. And many of these schools also have financial aid and housing to offer.

Now in its 32nd year, the College Openings Update is a wonderful search tool for counselors, parents and teachers as they work with students who have not yet completed the college application and admission process. The listing applies equally for students who may have gotten a late start on their applications as well as for those who weren’t totally satisfied with admissions results received by the May 1 response deadline observed by many colleges.

“The NACAC College Openings Update is a win-win for students and postsecondary institutions,” said Joyce E. Smith, NACAC’s CEO. “For example, some colleges and universities may face challenges in predicting how many students will accept an admission offer. They may find openings in their incoming freshman class for deserving students if their predictions are slightly off. This creates opportunities for students seeking a great match after May 1.”

Typically, colleges continue to join the Update after the public release date until the page closes on June 30. The Update is a voluntary “bulletin board style” listing for NACAC members, including domestic as well as foreign institutions. This year, over 90 percent of colleges on the fall 2019 Update are based in the U.S., although Canada, the United Kingdom and other countries are well represented.
Note that if an institution—of any description—does not appear on the list, it does not necessarily mean there are no openings.  Not every college chooses to participate.

But be aware that this list is highly fluid.  “Admission is an ongoing process for many institutions,” Smith has noted in the past.

Over the next several weeks, colleges will finish reviewing their incoming classes for vacancies and if they want to publicize openings, they will add their names to the Update.  Already, the list has risen from about 400 colleges when it was first published to nearly 500 colleges and universities, as of this publication. So keep checking back!

And for the most up-to-date information on specific colleges, contact the admissions offices of the schools directly. You may be surprised how glad they are to hear from you!

As we enter the last month of Spring semester 2019, Lynn Lee, Bridges Program Assistant, and I wish to update you on exciting news and positive achievements about our Bridges to the Baccalaureate Program for 2018-2019.

First, I was nominated by Daphne Figueroa, Professor of Chemistry at SD Miramar College to receive the Camille and Henry Dreyfus ACS Award for Encouraging Disadvantaged Students into Careers in the Chemical Sciences.  On April 2, I was one of sixty national award recipients honored at the 2019 National American Chemical Society Meeting and Exposition in Orlando, FL, including K. Barry Sharpless, the 2001 Nobel Prize winner in Chemistry.  Over 600 were in attendance at the awards ceremony and banquet.  As part of the award, the Foundation has provided San Diego Mesa College $10,000 to establish a scholarship fund of my designation for disadvantaged students pursuing careers in the Chemical Sciences.

Second, at the same Spring 2019 ACS National Meeting, the Division of Organic Chemistry honored me with a very special symposium in which three Bridges alumnae, currently working on or completing PhD degrees, were invited to present their research with a postdoctoral fellow who is conducting research in the laboratory of our Bridges Co-PI, Christina Sigurdson, at UCSD.  The National Institute of General Medical Sciences (NIGMS)/NIH Director of Training Workforce Development and Diversity also presented with me at this awards symposium, with Daphne Figueroa presiding.  The presenters and their abstract titles are:  Patricia Aguilar Calvo, PhD, UCSD—Role of heparin sulfate in prion replication and cell targeting; Mireille Kamariza, PhD, Stanford University, postdoctoral fellow at Harvard University—Towards Mycobacterium tuberculosis detection at the point-of-car:  solvatochromic probes permits the detection of mycobacteria within minutes; Abdiasis Hussein, University of Washington, Seattle—Regulation of mTOR dependent entry and exit from diapause-like state; Sonjiala Hotchkiss, UCSD—Development of small molecule inhibitors of IKK-2; Alison Gammie, PhD, NIGMS/NIH—Diversity and Inclusion in the Biomedical Workforce; Edward Alexander, PhD, SD Mesa College—My Success in Encouraging Disadvantaged Students into Careers in the Chemical Sciences Using Mentoring and Research in Organic Chemistry.

Our Bridges Alumni continue to excel in our thirteenth year of the Bridges grant:

We thank all of you for your continued support.  Special thanks goes to our SD Mesa College Chemistry Department, Dean Susan Topham, Mary I. Toste, Luisa Falo, Erica Garcia, Maggie Haddad, Virginia Enriquez, and Pablo Vela. 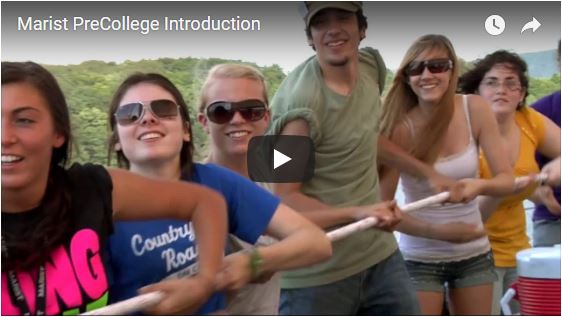